Chrysanthemum is a part of the daisy family. The plant that is native to China is not only eye catching but also has medical uses. In its origin China, it has become a part of Chinese traditional medicine and has been used for treating a few illnesses and diseases, such as fever, hypertension, headaches, dry eyes, and so on.

Chrysanthemum coronarium fresh flower heads have antimicrobial properties, its according to the medicinal plant journal called “Fitoterapia” that was published in September 2003. There is also another study released in the March 2002 edition of Cancer Letter. This one reported that there are anti tumor properties in chrysanthemum. 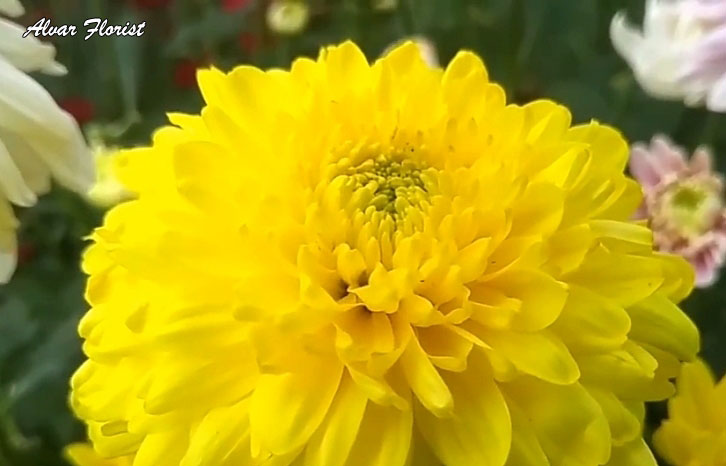 Despite having so many benefits, especially for the aesthetic purposes and medicine uses, it does not mean chrysanthemums are totally safe for humans. In fact, they have been found to have documented side effects and one of these side effects is allergy.

As one of the members of the Asteraceae/Compositae family of plants, there is a possibility of Chrysanthemum to cause an allergic reaction in those who are sensitive to the other plants from this family. Basically, if you are allergic to ragweed, goldenrod, dandelion, sunflower, or daisies, it is better for you to stay away from chrysanthemum. It is possible for you to be sensitive to some parts of the plant, including the flowers, the stems, the pollen, the leaves, or the whole plant. If you touch or come near a chrysanthemum and you get asthma, skin rash, eczema, hay fever, inflammation of the sinuses or hives right after that, there is a high chance of you getting allergic. When you get one of these things mentioned above, do not wait and go straight to the doctor to get a proper treatment.

Some people really have experienced skin irritation after contact with chrysanthemum and or after touching the chemicals in the plant. Contact dermatitis might occur and they are marked by red and itchy inflamed skin. The second thing that might occur is photosensitivity. If you have no idea, it is when one of the chemicals in the plant, such as alantolactone, irritates the skin and causes symptoms of red and inflamed patches of skin when it is exposed to the sunlight or any other source of ultraviolet light. In order to prevent this kind of issue from happening, you are recommended to wear gloves when you need to contact chrysanthemums and are sensitive to the plant.

Chrysanthemum is not the only thing that should be taken away from those with allergies. There are some other flowers that can cause allergies. Some of these flowers include:

Besides allergies and some other things mentioned above, another thing that makes chrysanthemum less safe for humans is the fact that there are a few chemicals in chrysanthemums such as pyrethrins. In some cases, poisoning from pyrethrins can occur. The thing can happen due to accidental or intentional ingestion. Not only that, it also can be caused by long term exposure. Each product that has pyrethrins can be harmful to the nervous system. It might also cause eye damage, asthma, and inflammation.

If you are a pregnant woman or are currently breastfeeding, you are also encouraged to stay away from chrysanthemums. Even though there is no strong scientific evidence of why it should be done, it is still the best idea to follow the suggestion.

For those who are not pregnant, not breastfeeding, not currently taking medicines/herbs, and not allergic to chrysanthemum, you are free to contact them. However, it is still needed for you to be careful and wear gloves just in case.