If you are looking for a houseplant for your house, Calathea Medallion can be one of your options. This plant has beautiful and unique patterns of leaves. However, before you decide to have this plant, it is better for you to know about how to grow, care, and propagate this plant.

To grow and care for calathea medallions, same as growing and caring for other plants, you have to think about the soil, light requirements, watering, fertilizing, temperature, humidity and pests or diseases. 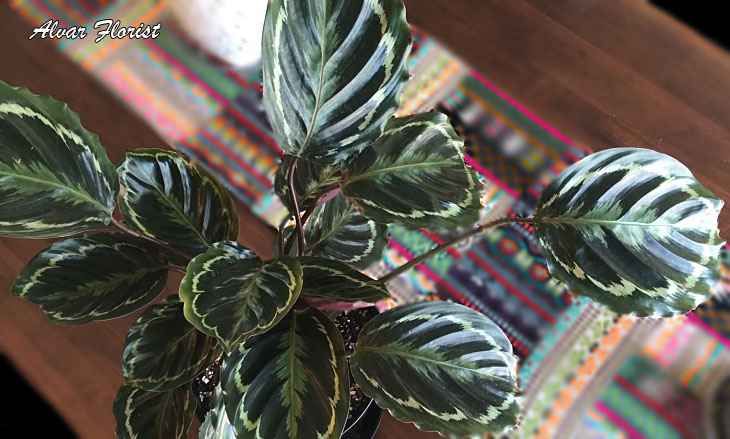 According to the Garden Beast site, Calathea Medallion will grow well in a porous potting mix which has good drainage. A mixture of potting soil, peat moss, and perlite is a good soil for this plant. If you want, you are also able to add charcoal, orchid bark, coco coir or vermiculite. When you prepare soil for this plant, you have to make sure that the soil has the ability to hold enough moisture and nutrients, but also can drain well. Also, make sure that you avoid soil with too much bark or compost because they can create fungus infestations.

According to the Leafy Place, you are able to water your Calathea Medallion if you find that the top 1” or 2.5 cm of the potting mix has dried. When you water the plant, make sure that the water drains out the bottom and you have to avoid letting the plant stand in water. Don’t water the plant too often before the soil has partly dried. It is because if you water it too often, it can cause fungus, root rot, and some other problems. So, before you water it, it is important for you to press the potting soil to check for moisture. If you feel that the soil is dry, you can water the plant thoroughly. However, if you feel that there is still moisture, you can hold off watering until the top 2.5 cm of potting soil is dry.

More Info: How to Care and Grow Calathea Orbifolia Well

How about the best temperature for this plant? As explained on the Leafy Place, the ideal temperature for calathea medallion is around 65°F to 80°F or 18°C to 27°C. Usually, average room temperatures are appropriate for your houseplants to thrive. You have to keep the room temperature even, which means that you have to keep plants away from hot sunlight, air conditioning and radiators to avoid stressing the plants. Note that calathea medallions can be sensitive to the changes of temperature. If they are put in a too hot temperature, you will see that their leaves start to curl and if they are in a cold drafts area, their leaves will wilt or droop.

You are able to fertilize your calathea medallion every four weeks. It can be done during the growing season, namely from spring until the end of summer. When you feed the plant, make sure that you use a balanced houseplant fertilizer and dilute it to one-fourth strength. Make sure that you do not over-fertilizing the plant because it can make it leggy, suffer from root burn or die. In winter, you do not need to fertilize the plant because tropical indoor plants usually become dormant during winter.

According to Plant Care Today, thrips, aphids, mealybugs, and spider mites are the most common pests for the calathea medallion. These insects are able to be controlled by using a neem oil spray or you can wipe the foliage with a damp cloth. Curling leaves, brown edges, and pale droopy leaves are some other common problems. These problems can happen because of over or under-watering. If you find that your calathea medallion has curling or brown edges, it means that your plant is thirsty. However, if you find droopy leaves, it means that your plant is too wet.

The Steps to Propagate Calathea Medallion

If you want to propagate Calathea Medallion and you think that it must be done by experts, you are wrong. It is because the process is easy and you are able to propagate the plant by yourself. Propagating Calathea Medallion can be done by dividing roots. After you divide the roots, then you are able to plant each section in a new pot with fresh soil.

According to Plant Care Today, here are the steps that you are able to follow to propagate Calathea Medallion.