Plants are also living things that need an attention if we have them at home, whether it’s in the yard or in the house. Especially when we plant them from seeds or buds and now they are starting to grow with roots that start to fill the space in the pot. We must replace it with a larger pot than the previous pot.

However, transplanting plants to new pots cannot be hurriedly and has good techniques like other living things so that these plants would be not stressed that will wither and then die. You don’t want that to happen, do you? especially if it’s your favorite plant and it’s expensive. 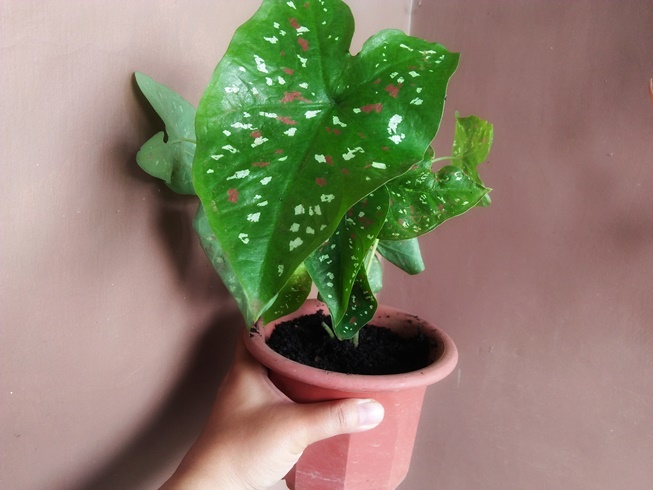 So this time I will tell you some stages of transplanting plants properly for examples of Caladium plants. One of them is Tricolor Caladium that have filled the pot like the picture above. Follow the easy steps for transplanting the plant into a new pot so it will not stress them:

Provide a pot that is bigger in size than the previous pot, if you want to keep them all in one pot so that the plant has a wider space to thrives and does not hamper the roots which will make it stop growing as known as dormancy because this will greatly affect the growth of your plant even though it seems a small thing or else you can also provide some other pots. 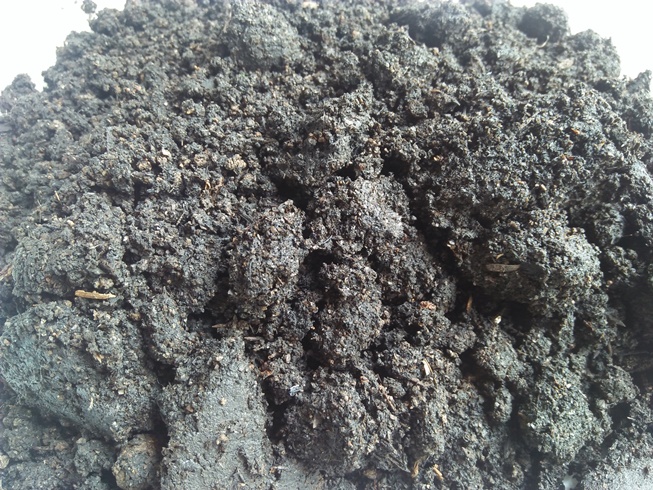 Pay attention to the soil that will be used for the planting media, you can use a mixture of soil, fertilizer, raw rice husks with a ratio of 2 : 1: 1 or if you want to be easier you can buy planting media that can be used directly that are already available, for example at a flower shop that close to your home. 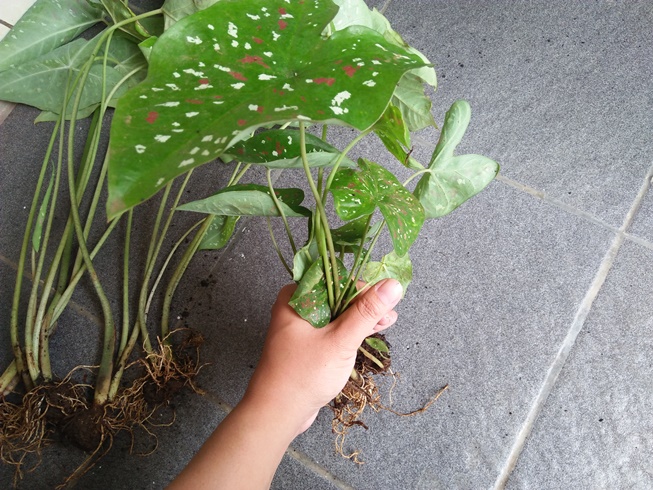 The next step you have to do is pull out the plants that you want to replant in a new bigger pot or separate them into several pots, but do it after steps 1 and two are completed. Pulling out the plant must be done with the right technique, that is you can pat the outside of the plant pot so that the soil becomes loose and doesn’t tie too much to the plant, after the plant looks loose you can take it by placing your hands in a position below the base of the stem so that the roots would not be damage and do it gently as well.

After that, first clean the plant from pests such as caterpillars, white lice or other insects. With the picture above you can separate it into several pots that are adjusted them to their new pot or it can also be planted in one pot with the size of the pot twice as big as the previous one. 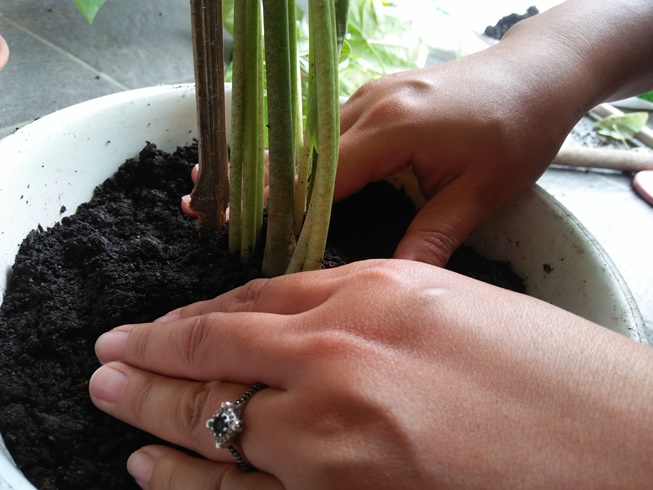 After everything is ready, put the plants that have been pull out from the previous pot with a note that the new pot must first be filled with the planting media provided approximately 1/3 of the soil from its pot, then adjust the plant right in the middle and fill with soil into each empty part until its fulfilled and it’s good to press the soil around the plant so that the roots and stems will not be move easily from its place.

Use non-pressurized water to showering the plant and place it out of direct sunlight for a few days or about a week as an adjustment step for the plant.

Those are the stages of separating plants that are already lush in new pots. As long as you follow the above tips, plants will avoid stress and grow well.

May this helps and happy planting!