When you look at a snake plant, you may wonder whether the plant is a cactus or not because you may see that it is almost the same where it has a rather hard leaves. To find the the answer whether snake plants are cactus or not, you are able to read the explanation that we have below.

Snake Plant Is Not a Cactus

Snake plants or Sansevieria is a succulent plant. It means that the leaves keep a lot of water which is the same as cactus. Snake plants can be recognized by their long, pointed, upright leaves where the look is much like snakes so that’s why the plant has this name. This plant has green color with yellow edges. 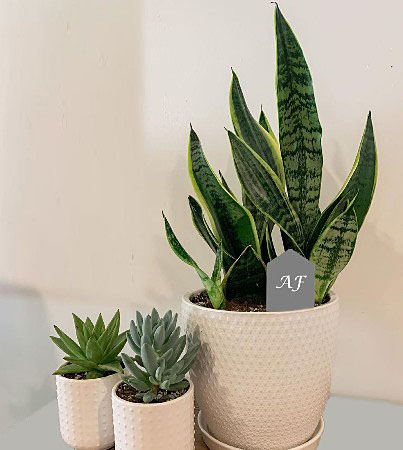 As explained in Garden Tabs, snake plants are considered succulent plants and it includes all of the varieties of snake plants. However, they are not considered cactus plants. The reason is because the features that they have are not the same as the specifications that are owned by cacti.

You can read also about how to care of cactus here!

The ability to store water is the main characteristics of a succulent plant. Succulent plants have stems, leaves and branches which are able to collect water to save it for the dryer months in that year. Usually, succulents have hardy leaves. The internal water repository that they have can help them to survive droughts. It is very important to their survival because there are a lot of succulent plants which are from warm or tropical climates which are located in Africa, South America and Eastern Asia.

Succulents can have a lot of variations in their color and form. However, the one thing which is the same is their ability to save water. So, that’s why the leaves of snake plants stand tall and firm and not droopy or leaning because they are full of water.

If you try to take a cutting from your snake plant, you will see that it will start to grow its own stems in a period of six to eight weeks. So, that’s why home growers like succulents as indoor plants. Besides it is easy to grow, they also do not need to spend a lot of money on new plant seeds.

Besides having water storage, there are a lot of succulent which are known for their ability to survive in a brief temperature freezes without being frost damaged. The leaves of succulent are thick and fleshy and even in some cases they are like pads where this is one of the biggest characteristics of a succulent plant. Even though there are some succulent varieties which have thinner leaves such as the leaves of snake plant which are less than the average in terms of thickness for the typical succulent plant.

Besides typically having thick leaves and can survive in a brief temperature freezes, succulent plants also have short stature. You may have found that there are succulent plants which can grow several feet tall and one of the examples is snake plant, but there are also a lot of succulents which have wide, bush like shape. It seems that this form is an adaptive change which is aimed to be able to survive in their native environment.

After we explain the characteristics of succulents above, so what are the differences between succulents and cactus plants? Usually, people use the terms cacti and succulent interchangeably. However, it is important for you to note that they do not represent the similar type of plant categorizations. If you used to use the terms succulent and cacti interchangeably, since now, you should not do that because here we will give you the explanation about the differences between succulents and cactus plants.

As we have mentioned in the previous part of this article, succulents have the ability to save water in their roots, foliage, and branches. Now, more than 50 known plant families are categorized into the category of succulents. Cacti are one of these plants. Why are cacti categorized into succulents? It is because cacti have the ability to save water as well. So, we are able to conclude that cacti are considered succulent plants.

Well, areoles are small round cushion mounds flesh. They are a place where hair, flowers and leaves grow from cacti. Not all succulents have areoles, but they can be found on all plants which are categorized as cacti.

So, from the explanation above, snake plants are not cactus. However, snake plants are succulent plants. Another thing that is important to know that succulent and cacti are the different things even though people often use the terms interchangeably. Succulents have the ability to save water in their branches, foliage, and roots. There are a lot of plants which are categorized into succulent and two of them are snake plant and cacti because they have the ability to save water.

However, succulents are not cacti. It is because cacti have areoles. Those are small round cushion mounds flesh where leaves, flowers and hair grow from cacti.