Have you ever wondered about the disadvantages of snake plants? However, most people know that snake plants will give some benefits for people around. The most gorgeous benefit of snake plants is to be able to filter indoor air from toxic pollutants. So, it doesn’t wonder if a lot of people put this plant around their home. 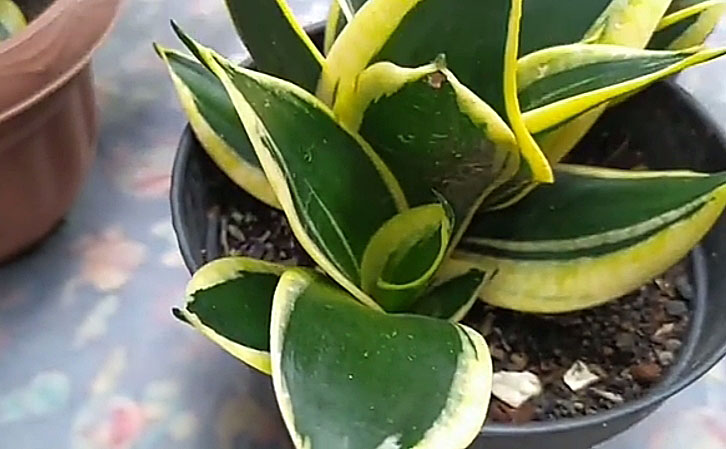 Here are some disadvantages of snake plants:

This argument may be one of the most influential disadvantages of snake plants why some people do not want to plant it around their home. The snake plant bad luck is sometimes said in Feng Shui as this plant will generate discordant and negative energy in the house.

Known as the mother-in-laws’ tongue, sure this plant is trusted to generate bad speech which will make the people’s relationship worse if placing this plant around home.

As of this writing, the snake plant bad luck is still controversial as there are also people who trust that this plant itself will not bring bad luck, rather what is the position of this plant which will totally bring the bad luck.

Well, this argument seems to hold water just like with a lot of plants which are used in Feng Shui where the position in a home or office room is critical and influential. This plant generally has to be put in locations which are enriched with the plants’ wood element mostly the southern, eastern, and southeastern corner.

It’s also believed that a snake plant does not require a crowded place as once the plant is crowded, it’s said to release negative energy bringing about misfortunes in the lives of people around. So, this plant should be placed in low traffic so that it can be releasing positive energy instead of negative effects.

However, the plants which are commonly categorized as bad luck plants will have designs that can deliver undesired energy. In this case, a lot of people believe that the bad luck here is poverty and negative energies. That’s why they tend to shy away from having and placing this plant in their home.

For example, a cactus plant has spined pointing in all directions. So, when you place them in  a wrong position in your home, this plant probably will hurt you or also your children. However, the bad luck and the good luck which are associated with this plant are widely developed. Then, people often consider the luck associated with different plants when they choose a plant to grow or buy.

Aside from the argument of bad luck, another technical disadvantage of the snake plant is water. You may be surprised as what affects this plant negatively is too much water or waterlogged soil.

However, it’s one of the main killers of this plant. However, a lot of gardeners do not know about this. Therefore they give them more water which is required by this plant. So it kills or makes them unhealthy.

You should notice when it grows on a waterlogged soil, the root rot will appear which brings about the unavoidable death of this plant. The way to control the effect of waterlogging is by choosing a high draining soil to grow them and also control the amount of water. To note, snake plants do not require much water, so make sure to water at least once in a week or two depending on the environment.

Cold can also be one of the disadvantages which are involved in growing it as it does detect cold. Your snake plant requires a temperature of 55 to 80 °F during the daytime and around 55 to 70 °F during night time. Well, below 55 °F is an unhealthy temperature for this plant.

However, cold temperature is such a very big disadvantage as it limits the cultivation of snake plants to specific regions unless with  sophisticated gardening tools. To control your snake plant, you should avoid growing this plant at some certain season, especially if you live in a region where the weather is very cold.

Need to know your snake plant is susceptible to pests as mealybugs infestations and spider mites. However, pests deliver an enormous threat to this plant by sucking sap from the plant which weakens the plant and causes small wounds and shedding of the leaves.

Another great disturbance which is faced by snake plants is thrips. Even though you can find them with your naked eyes, however, you can see any signs of them such as the curling of the leaves getting wilting soon.

Well, it’s very deadly to your plant as they cause tomato spotted wilt virus on snake plants which have not been cured yet. Well, to control thrips, you can wipe your snake plants with clear cloth or remove any plant showing the signs of infestation.

Growing this plant in a full sun can cause your plant wilt and dry of the leaves. You may know that snake plants really need sunlight, but it requires a bit of sunlight, not much heat.

What you should do is to control the exposure of the snake plant to the sun. Avoid bringing your snake plant to fill the sun, unless you cover them first with a transparent Bylon which can decrease the hotness of the sun.

Well, those are some disadvantages of snake plants that you should know.