The orchid is a graceful and luxurious tropical flower. The flowers look like butterflies, which appear to be frozen in the air, fluttering with their wings. The brightness of this plant for a long time pleases others, gives a riot of color, without creating difficulties and without requiring maintenance costs. But, like any flower, it also has its own character that you need to know. One of the nuances is how to properly trim orchids after flowering and when time to cut the spikes correctly so the flower will be able to bloom well continuously.

Enjoy the beauty when it blossoms! If you report that the bud has lost its elasticity, and the stem nearly die, this is the first sign that the flower has a life cycle, and the bud will fall off. But do not rush to ask: how to prune orchids after flowering? There are varieties that do not need to be cut during periods of small dormant plants. 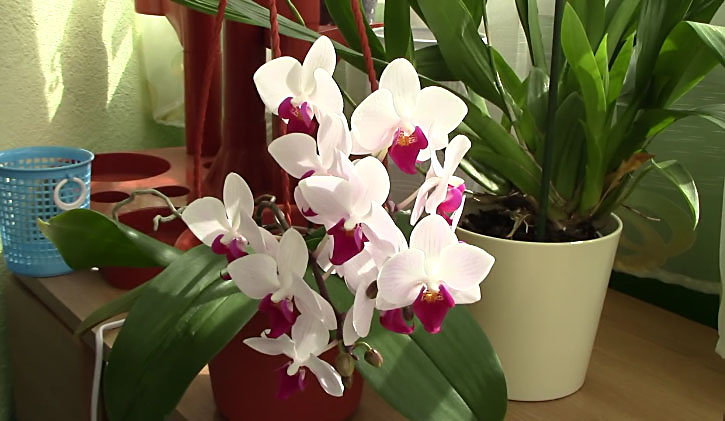 First you have to determine whether your orchids is actually finished flowering forever, this orchid blooms has period lasts from 2 to 6 months, and if the plant is not yet fully bloomed, it cannot be disturbed because it can spoil it. Look at the growing tips: if they are bright green, then maybe the flowers continue to bloom, you just need to get some time. And if the tips begin to dry out, turn yellow or become completely dark – the plant must be cut.

But the beginners mostly have a question: how to prune orchids after flowering and when the exactly time to cut, so it won’t spoil them?

Cut the spike in two ways: partially cut only from the top, the place of the bud, or only at the base.

How to prune Phalaenopsis orchids? 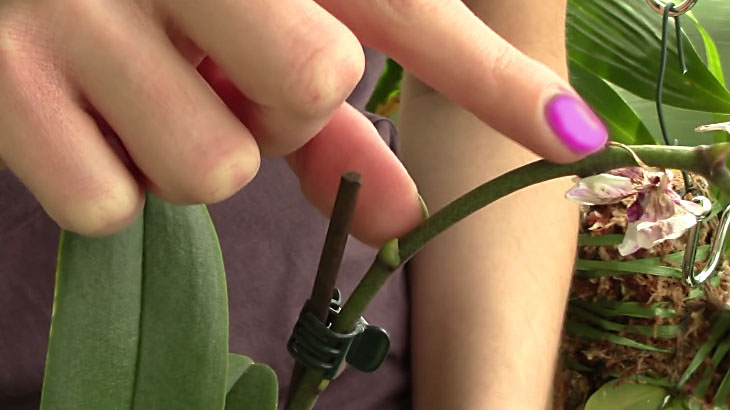 So, you have seen that the flower dries up and can be easily cut. But here is a thing that is important and should not be forget. Once your orchids have bloomed, don’t cut the spikes. There are species that can bloom again, while completely in unexpected places. After the bud drop, the flower should be left standing for a while. As soon as the branches have dried to the base, then feel free to take the tools and cut them off, leaving about an inch of stump. This distance will protect the plant from damage.

So getting back to our specific questions. when time to cut the spike , if the flowers are still alive? There are cases when the plant has faded several times, and does not dry out and die, it can bloom again and again.

However, the plant has an unaesthetic appearance. The branches become broad and thin. In this case, the best time for pruning orchids after pruning a clean garden. Ans until the plant will no longer bloom, you can cut into 2/3 parts, leaving 5-6 millimeters above the developed bud. Pruning orchids after flowering allows you to make new shoots.

We already know cut the spike can be done after flowering orchids.  Now we need to find ways to help the orchid gain strength after pruning.

Having carried out important work with the plant, it is necessary to orchids has a period of rest, where it will come to its gain strength for new flowering. Sometimes this period lasts several months.

During this process, you can also check the root system and remove brown roots, leaving the good ones that have a gray-green color. But remember, if you take the wrong soil, it can lead to the death of this beautiful plant. It should be watered by using spray occasionally to maintain moisture.

It so happens that in a few months the orchid can make you happy with flowers, but if this does not happen, do not be angry! The appearance of the new inflorescences can wait a little later. It depends not only on how to cut the orchid after flowering, but also on the variety, and on the state of flowers. If you can’t wait for the flowers, you can try to speed up this. For this it is necessary to create artificially conditions for the rest of the plant.