Pruning Annabelle Hydrangea is important to remove its old, non-flowering wood. In addition to that, it is also effective to promote its dense and compact shape. For those who are wondering when is the right time to prune, below is the information for you. Besides, you will also be informed about a few things related to pruning Annabelle Hydrangea.

Apparently, Annabelle Hydrangea will usually bloom on new wood. In the other words, this one blooms in the growth of the current season. In order to avoid cutting off any buds, the best time to prune the Annabelle Hydrangea is in the late fall or in the very early spring. If you want to remove the deadhead or the spent blooms, you can actually do it anytime you want. 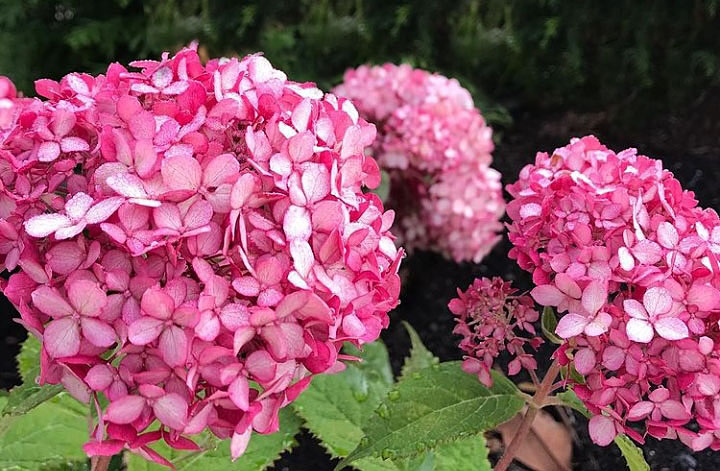 While it is true that a hard pruning benefits Annabelle Hydrangea, it is not recommended to do it every year. You can hard prune if the bushes are thin and leggy or if the blooms are small. Feel free to do it in the late fall. To do so, the first thing is to cut the stems back to about 18 inches so there will be a study framework for the new growth. When the spring comes, the new growth will show up. At the time, the bushes also will get thicker and there will be bigger blossoms.

Reasons why Annabelle Hydrangea should be pruned

It is important for the Annabelle Hydrangea to be pruned to grow stronger stems that are less likely to flop. Another reason why pruning is needed is to display the larger flowers than if it is not pruned.

There are two ways to prune Annabelle Hydrangea. In order to prune the Annabelle Hydrangea using the first method, the first thing that should be done is to cut the whole shrub back to a few inches above the ground. It is worth remembering that this method might cause the new stems to be thin, which is possible to flop under the weight of the large flower heads.

The alternative way to prune Annabelle Hydrangea is to cut the shrub back by ½ and remove 1/3 of the oldest canes each year. It is good to let the rest of the branches thicken up. Besides, it is also effective to reduce the need for staking once the shrub is in full flower.

A few gardeners make some mistakes by pruning the Annabelle Hydrangea to the ground each time it falls since it reappears in the spring with tons of blooms. Keep in mind that this drastic pruning has to be avoided. Doing so will weaken the plant and, in time, the stalks of the Hydrangea may have to be staked.

Apart from pruning, there are a few other things that you need to know for Annabelle Hydrangea, such as:

Applying the fertilizer to Annabelle Hydrangea cannot be done anytime you want. There is specific time because doing it when it is not needed, the main feature of the flower could be spoiled. Giving fertilizer way too much is not a good idea as it can reduce flowering as well as making the leaf growth excessively. There are also signs of nutrient deficiency, which include poor growth and small pale leaves. If you see these symptoms and there is no specific cause, then you are recommended to sprinkle a granular slowly. Give it 12-4-8 fertilizer on the soil surface over the root area of the shrub at a rate of 4 tablespoons per 4 square feet. Remember to not allow the fertilizer to touch the stems of the shrub. Spread the water that has been fertilized to the ground in order to make the fertilizer activated. The instructions given by the manufacturers may vary, that’s why it is needed for you to read and follow the label of the fertilizer that you use.

Annabelle Hydrangea is sensitive to heat and drought. This one grows best in the soil which is full of nutrients, moist, and drained well. In the hot weather, it needs water on a regular basis so that it can grow and flower well. Watering is really important, especially in a place that is sunny. You can water it when you see the surface of the soil dries. You should note that the soil under the branches of the bush must be kept moist at all times. However, do not make it wet. In addition to water, you need to spread a 2-3 inch thick layer of garden compost, leaf mold, or any other organic material over the root zone of the plant as an effort to help conserve soil moisture. When doing so, keep away the mulch from touching the plant. If you see wilted leaves at the hottest time of the day, you don’t need to worry about that. The plant actually doesn’t need extra water as long as the soil is moist and the bush recovers by evening.

Protecting from pests and diseases:

Pests rarely attack Annabelle Hydrangea. The most common ones are the diseases that attack leaf and bud. Some pests that may infest this shrub include mites, aphids, scales insects, and nematodes. Mites are hard to be seen with naked eyes due to their tiny size but they usually make fine webbing and are the culprits of the speckled leaves. Aphids are known as the insects that love to cluster on the undersides of leaves and at shoot tips. They are all small in size. When it comes to the appearance, scale insects resemble tiny shells on leaf veins and stems.