With its scientific name, genus Viola, Violets refer to a large genus of flowering plants in the violet family, Violaceae. Today, Violet flowers can be found across the world, but most Violets are found in the Northern Hemisphere.  Violets are also associated with African Violets from East Africa.

In fact, Violet is the state flower of Illinois, New Jersey, Wisconsin and Rhode Island. In those states, Violet flowers are usually used as edible decoration. Violets cannot be separated from their history, meaning and also symbolism. So, if you really want to know the history and the meaning of Violet flowers, let’s dive into our post below!

It is known that Violets has a very rich and long history. For centuries, the Violets has been cultivated with the earliest known use of the flowers dating back to Ancient Greece in 500 B.C. The ancient Greeks associated the Violet flowers with Aphrodite, the goddess of love. 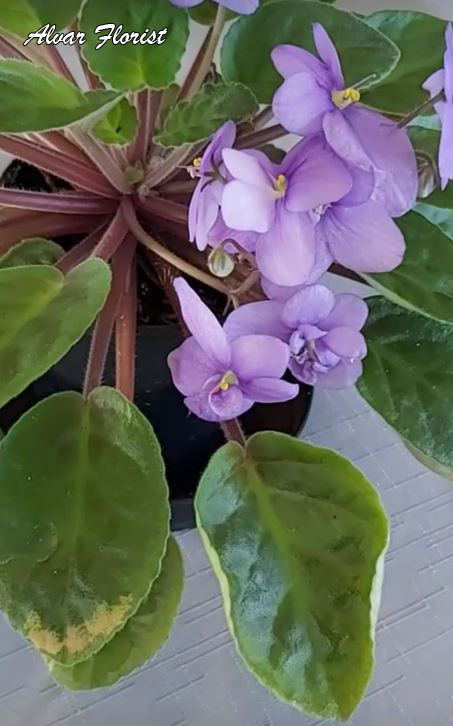 The Greeks also used violets in their wines, medicines and foods. Of course, they really loved the flowers so much, so violets became the symbol of Athens. In the Middle Ages, Violets were symbolized as modesty and virtue and were also associated with Mary, the mother of Jesus.

Violets actually appear in shades of yellow, cream and blue. Reportedly, there are roughly 500 species of Violets that you can find today which belong to the genus Viola.

For more information, there are some species which are also known as pansies. In this case, purple and blue shades are the violet’s most common colors. Most other color variations come from the process of hybridization. Well, Violas, Violets and Pansies belong to the same genus. However, each has slightly different characteristics.

What Do the Violet Flowers Symbolize?

In the terms of symbolism, violets can represent some things, such as chastity, faithfulness and virtue. Aside from that, violet flowers can stand for luxury or royalty. Moreover, Violet flowers can also be used to show gratitude or appreciation. For instance, you may give someone a bouquet of violets to show your thanks for their help.

In the terms of color psychology, Violets mean imagination and creativity that is also often associated with the arts and also with dreaming and intuition.

Commonly, Violets are most associated with love and of course these gorgeous flowers really give off a heady, sensual fragrance which will make you want to fail in love all over again. Well, violet flowers can also symbolize protection, honesty, healing, dreams, determination, remembrance and even the idea of setting goals.

Well, the color violet is reminiscent of the Sahasrara, a crown chakra whose energy focuses on matters of enlightenment and awareness. The purple violet flowers can also be associated with expansion, growth and peace. Well, they are commonly viewed as symbols of mental clarity and are also the birth flower of February.

What Is the Meaning of the Violet Flowers?

According to some sources, the common Violet Flowers meanings include everlasting love, innocence, spiritual wisdom, modesty, mysticism, faithfulness and remembrance. Violet is commonly associated with respect and humility. This color is used to represent kindness, compassion and love.

In Buddhism, the Violet flower is symbolic of modesty and humility that represents the virtue of restraint and reminds people to be humble and modest in their actions. Moreover, the violets also symbolize the purity of the mind and spirit. Well, it can be a reminder to stay grounded and humble in our lives when seeing or smelling a violet flower.

In Christianity, the Violet Flowers is the symbol of innocence and humility that is often associated with the Virgin Mary and are commonly used to decorate altars and churches during Lent. Christians believe that Violet Flowers remind people of the need to be humble and pure of heart. Violets also represent gentleness, meekness and fidelity.

In Feng Shui, the Violet Flowers are the symbol of prosperity and wealth that are associated with the element of water, representing abundance and flow. Violets can also be used to attract wealth and abundance into your life.

In Islam, Violet Flower is the symbol of modesty. Muslims believe that the Prophet Muhammad wore a cloak of violets, seen as a sign of his modesty. Violet flowers are also associated with purity and humility.

In Hinduism, the Violet Flowers are traditionally associated with the Hindu god Krishna and is often seen as a symbol of purity and spiritual truth. They are also used in Ayurvedic medicine that are believed to have healing properties.

In Jewish ceremonies and rituals, Violets have a very long history and are often associated with sorrow and mourning. Violet Flowers are often used in funerals and other solemn occasions.

In Taoism, Violet Flowers are associated with the element of water that is seen as a symbol of purity and spiritual growth. They are also often used in ceremonies and rituals to promote healing and peace.

Violets are associated with the crown chakra that is the energy center at the top of the head. In Yoga, the Violet Flowers can be used to stimulate this area and promote spiritual growth. Aside from that, they can also be used as the symbol of modesty and humility.

Violet is often seen as the symbol of discretion and modesty in Greece. This color is also associated with power and royalty. The Violet Flowers are given as gifts to express admiration or respect.

In Europe, Violet Flowers have a very long history of symbolism. According to Ancient Greece, Violets were associated with Athena, the goddess of wisdom. However, Romans often associated violet flowers with modesty and fidelity. In medieval Europe, the violet flowers were used as the symbol of mourning. The Victorians were seen to use Violet Flowers to express sadness or grief.