Known as ‘Mother-in-Law’s Tongue’,  Sansevieria or ‘snake plant’ is currently getting popular among houseplant lovers rapidly. Having long, sturdy leaves and looking like a sword, this is what makes plant lovers start looking at snake plants as an ornamental plant that is suitable for decorating your home.

As an easy-to-care plant, many people totally wonder what the snake natural habitat is. In fact, the snake plant is native to Africa and Southern Asia. Then, if you’re really curious to know where the snake plant comes from, well, let’s see some facts below! 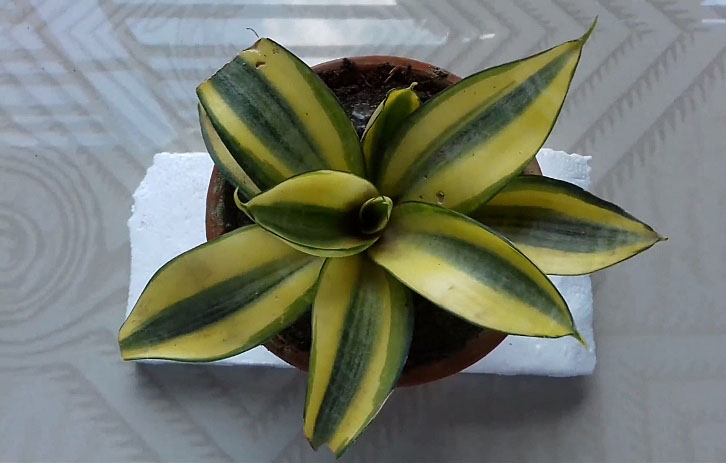 Native to Southern Asia, Africa and Madagascar, the snake plants are naturally found in the wild. Many varieties of snake plants in the wild resemble ‘agav’e and ‘yucca’ and they take similar niches to those New World groups.

Just like a lot of other plants of arid regions, Sansevieria developed CAM photosynthesis as a way of overcoming heat and drought. Instead of opening their stomata during daytime when high temperature will cause them to lose precious water, they precisely open them at night and store carbon dioxide in the form of an organic acid.

Then, when the sun rises the following day, the snake plants close up the stomata and benefit the acid-stored carbon for their photosynthetic needs.

Found Under Large Tree or Shrub

Sometimes, the snake plants are growing under the dappled shade of a larger tree or also shrub. Some people also categorize the snake plant into forest habitats. Mostly, if not all varieties are long lived plants, living in several decades under the right condition. However, those are just some of the reasons why they make such hardy houseplants.

The various Sansevieria seem to show themselves out along a handful of different growth forms. Form which is typified by Sansevieria trifasciata is the most familiar to the average house plant enthusiast.

Generally, this snake plant produces narrow, long, sword-shaped leaves which point directly towards the sky. A lot of other Sansevieria varieties like Sansevieria subspicata and Sansevieria  ballyi have the form on a more rosetted form with leaves which span the gamut from thin to extremely succulent.

Other varieties such as Sansevieria grandis and Sansevieria forskalii will produce much larger and flattened leaves which can grow in a form reminiscent of a leaky vase.

There are at least roughly 70 different varieties of snake plant and all are native to tropical and subtropical regions of Asia, Africa and Europe. They are all evergreen which are able to grow anywhere from 9 inches (20 cm) to 12 feet (3.5 cm). 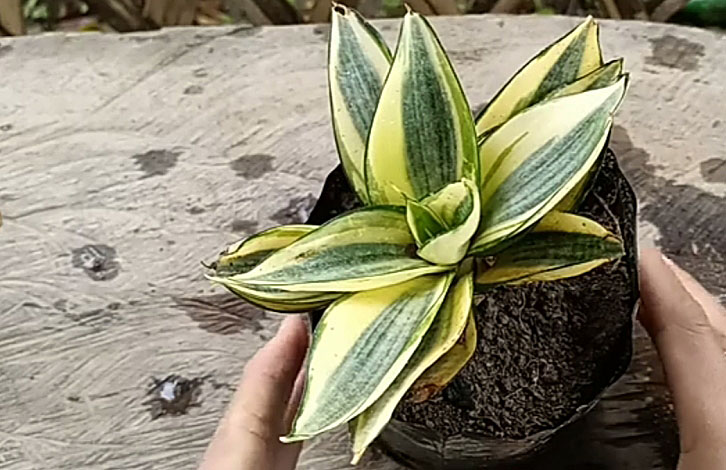 This is one of the snake plant varieties which has short leaves with yellow borders.

Sansevieria cylindrical or cylindrical snake plant has dark green, round and striped leaves which can grow to 2 to 3 feet (61-91 cm)

As the name implies, this snake plant has twisted leaves which is also striped horizontally. It also has yellow variegated edges which can grow to about 14 inches (35.3 cm) tall.

Sansevieria desertii or ‘Rhino Grass’ can grow to around 12 inches (30+ cm) with succulent red tinted leaves.

This variety is also known as white snake plant which can grow to around 3 foot tall and also has narrow leaves with white vertical stripes.

For years, those plants eventually continue to grow until reaching surprisingly large sizes. Then, the snake plant hit maturity. At that time, this plant switches from its rosette form to produce single leaves that protrude straight out of the ground so that it can reach heights of several feet. As the rosettes rot away, there’s no sign of the plant’s previous form.

If we’re patient, a lot of Sansevieria can reach massive sizes. However, enormous sizes are rarely observed as slow growth rates and also poor housing conditions hamper their performance. It may be okay too, considering the fact that Sansevieria will be totally hard to manage in a home when fully grown. Otherwise, if you’re lucky, your snake plants may flower rapidly.

Although there’s variation among the various varieties, Sansevieria forms flowers either in simple or branched races. The range colors of flowers vary from greenish white to brown. Then, all will produce a copious amount of nectar. Some people may notice a sickening sweet smell emanating from the flowers of some captive specimens. Once pollinated, the flowers change to bright berries, signaling their place in the Asparagaceae family.

The houseplant hobby is currently experiencing a revival. With their popularity on a bunch of social media platforms, easy to grow plant varieties and their cultivars are rapidly increasing a level of popularity that we have not seen in decades.

Well, one genus of particular interest to houseplant lovers is Sansevieria. Despite their popularity, several species of Sansevieria commonly found in cultivation come under common, less attractive names.

Their names including Devil’s tongue, Mother-in-law’s tongue, and snake plant actually carry a negative atmosphere for what is basically the most forgiving houseplant on the market. What some houseplant growers have realized is that the dense groves of upright striped leaves tucked into the dark corners of their homes belong to an interesting genus that we deserve to admire.