The herbaceous perennial from the family Marantaceae (Maranta) called Calathea or Geoppertia are really popular houseplants. They are grown for use indoors. In addition, they can also be planted outdoors in tropical and semi-tropical settings. If you are interested in Calathea and are planning to plant it in your place but you have no idea which one to plant as there are so many variations, you might want to consider these best Calathea plants for indoor:

Calathea lancifolia is also called Rattlesnake Calathea. It has very narrow,long leaves in shades of light and dark green. 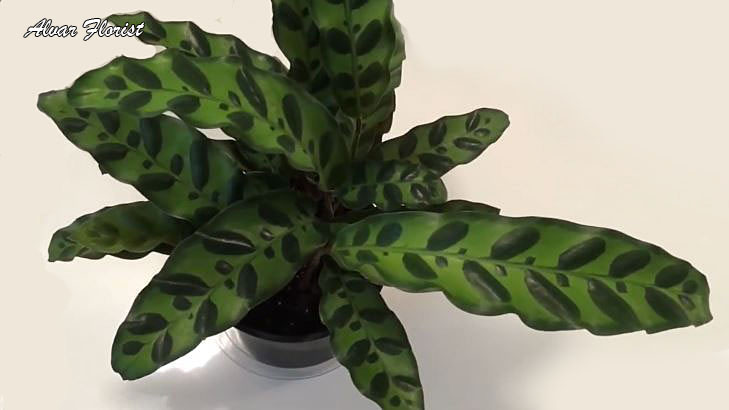 The color of its background of leaves is light green. There are also darker green shares that make up interesting markings. 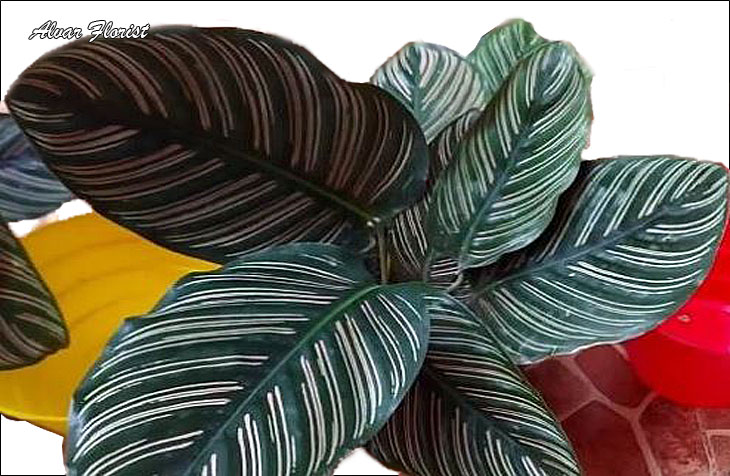 Calathea ornata is also known as Prinstripe Plants. This one is tall. It has deep green leaves that are about 12 inches long. These leaves are stunning and they have bright, pinkish-white stripes. There are also long stems that are a medium shade of burgundy. 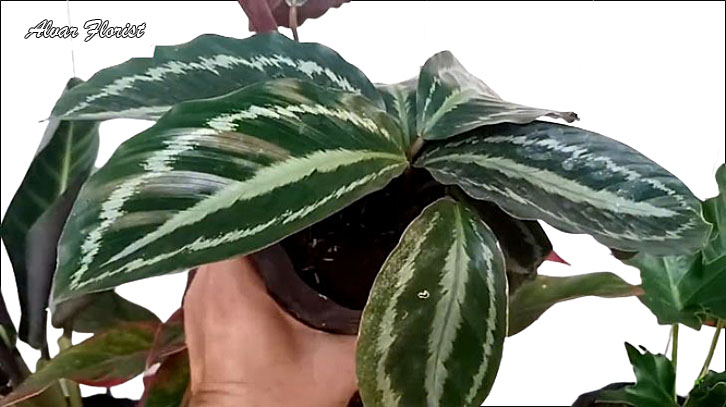 Calathea roseopicta also wellknown as Rose Painted Calathea. Another name of this variation is Corona Painted Calathea. This one is really pretty so it is not surprising that it is one of the most popular variations. It has very shiny, bright green foliage with creamy markings. It is not good to have cold drafts.

Calathea makoyana is also popular as the Peacock plant or Cathedral Calathea. It has quite slim leaves. The leaves grow in attractive shades of deep green and purple with lime green markings. The pattern of these leaves is similar to a peacock feather, that’s why it is known as the Peacock plant. If you have a place with very bright indirect sunlight and very high humidity, this one is perfect for you. 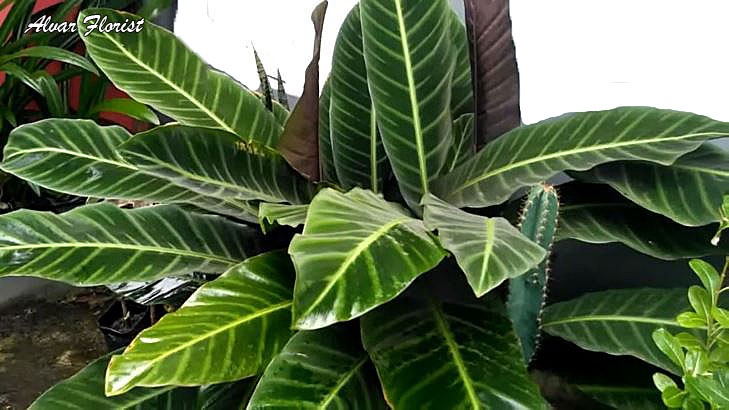 As you can probably guess from its name, Calathea zebrina has striped leaves, just like zebras. The base leaf of this one has the color of a nearly black shade or purple. As for the stripes, they are bright green. Just like the stripes, the stems are also green. Filtered sunlight is the best light setting for this kind of Calathea. 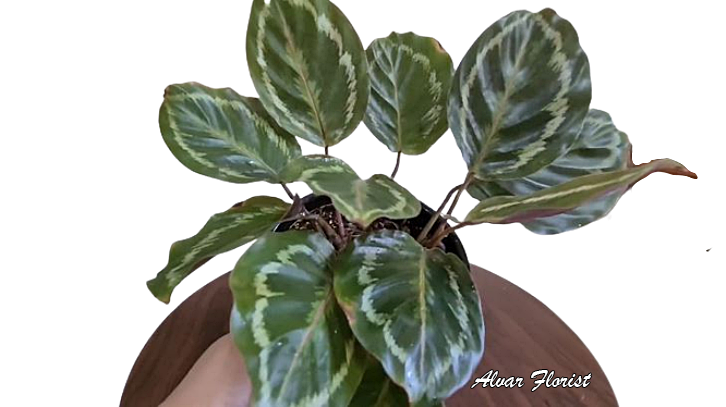 Calathea medallion is also known as Calathea veitchiana. Its leaves are large and have an oval shape. There are shades of deep green located on the top and deep purple undersides. On the top side of the oval leaves, there is a feathery center and verge of medium olive green. The center marking with the feather  shape is surrounded by darker green that has an outline of cream. 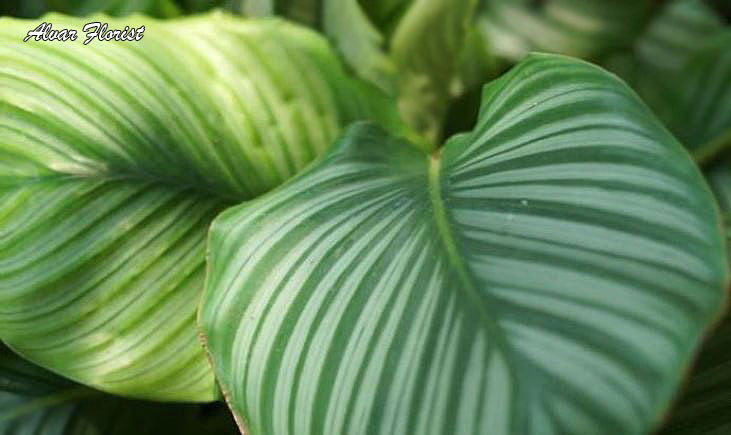 Calathea orbifolia is also called Round Leaf Calathea. The leaves of this variation are 8 inches to 12 inches wide and are marked with distinctive light green and creamy stripes. 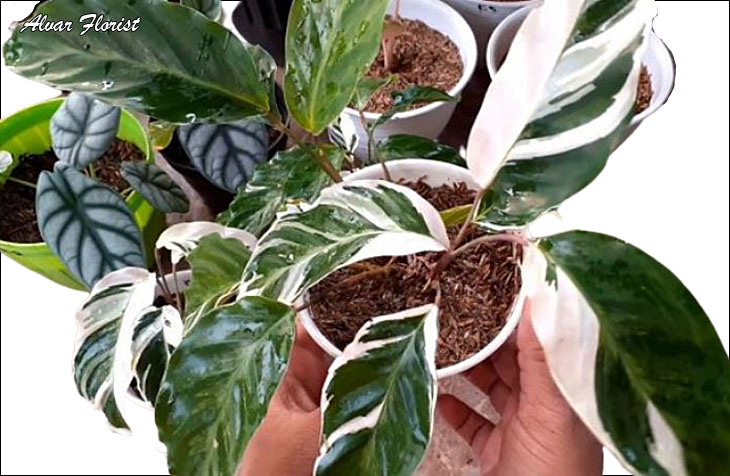 Calathea white fusion has lance-shaped, variegated leaves. There are broad, deep green stripes alternated by wide, nearly white stripes on the top of the leaves. As for the undersides leaves, they are a soft shade of lavender. 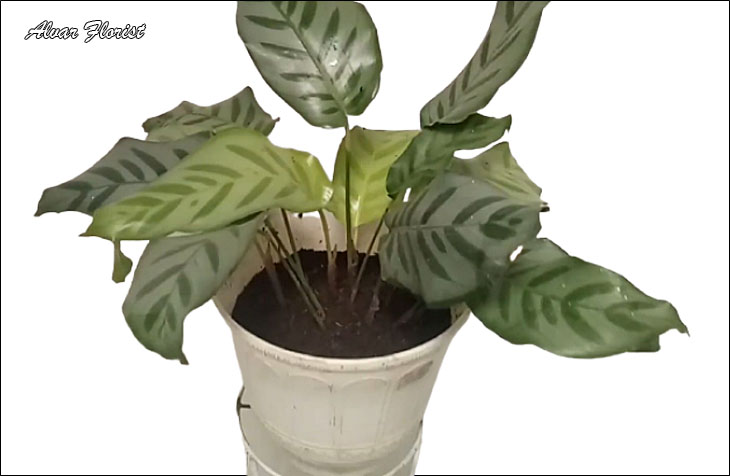 The leaves of Calathea freddie are very narrow. They are also pale green. These leaves have feathery, deep green veining. The best setting for this plant is high humidity and bright indirect sunlight. 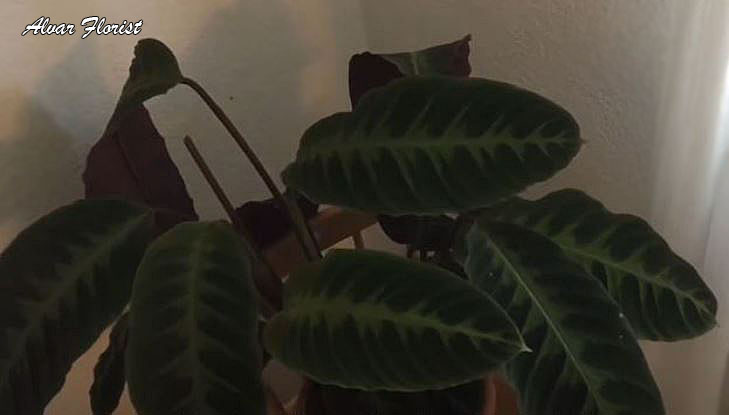 Calathea is native to the jungles of Nicaragua and Costa Rica. This kind of Calathea is also known as Jungle Velvet. Its leaves are lance-shaped, deep green, and velvety. They also have a lighter green leaf pattern. The most important thing for this plant is humidity. As it is really important, using a humidifier is recommended. 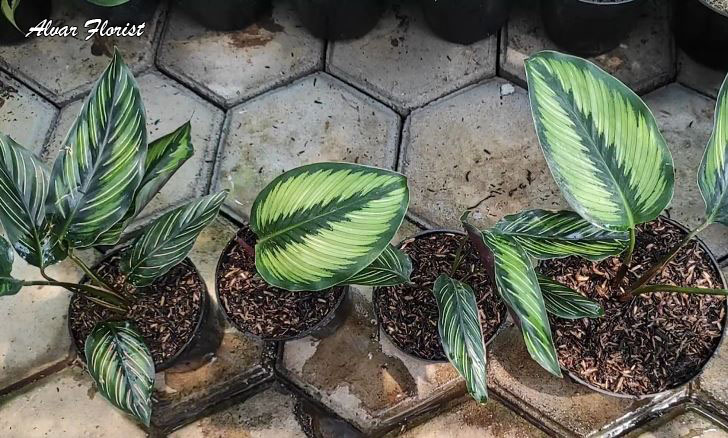 Calathea beauty star is such an attractive one. This one has very deep green leaves. These leaves have pink stripes and pretty bright green feathery markings. 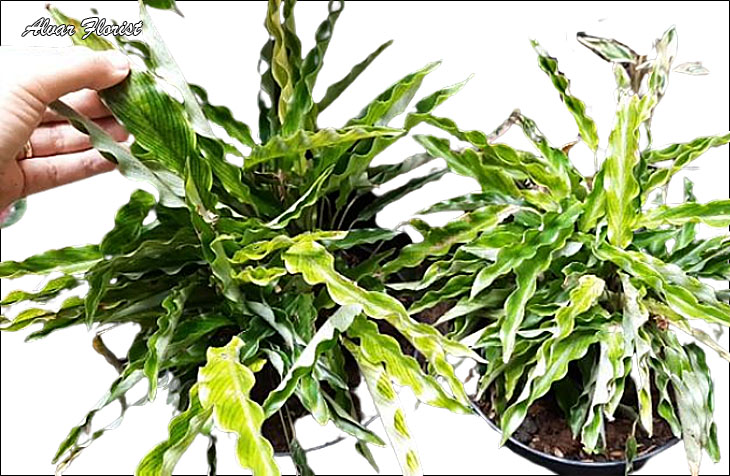 Calathea rufibarba is also known as Velvet or Furry Calathea. The leaves of this variation are green on top and purple and fuzzy on the underside. As for the stems, they are long and deep burgundy in color. It is best for low light settings. 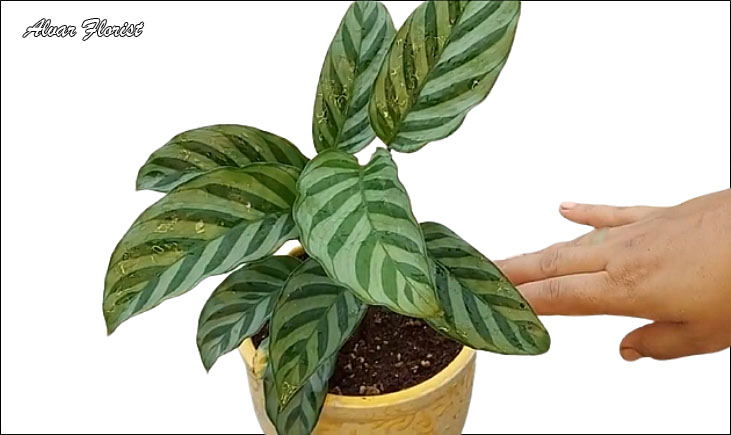 Calathea concinna is also called Calathea Leopardina. A lot of people also call it the Zebra Plant. Just like Calathea zebrina, the markings on this variation look like an animal print. The leaves are long and have a lance shape. They are light green with deep green, leaf-shaped markings radiating from the central vein. They stand atop long, light green stems.

Not only people, Calathea concinna also attracts birds, bees, and butterflies, especially when it has white flowers that bloom repeatedly every year. This kind of Calathea is best for indoor use. It can grow well if it gets enough water and the soil never dries out between waterings. 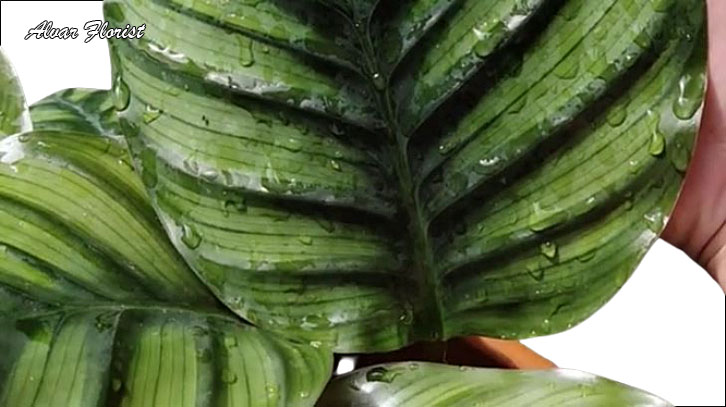 Calathea rotundifolia is pretty. Its name comes from the Greek world kalathos. For those who have no idea what the word Calathea means, it means basket. As for the rotundifolia, it means rounded leaf. This one is usually found in nurseries and garden centers during the spring and early summer. It is a stocky plant that has large and round leaves. All its leaves are veined with light green and generally show alternating bronze-green bands. Due to its short or stocky form, this variation is the perfect option for indoor. 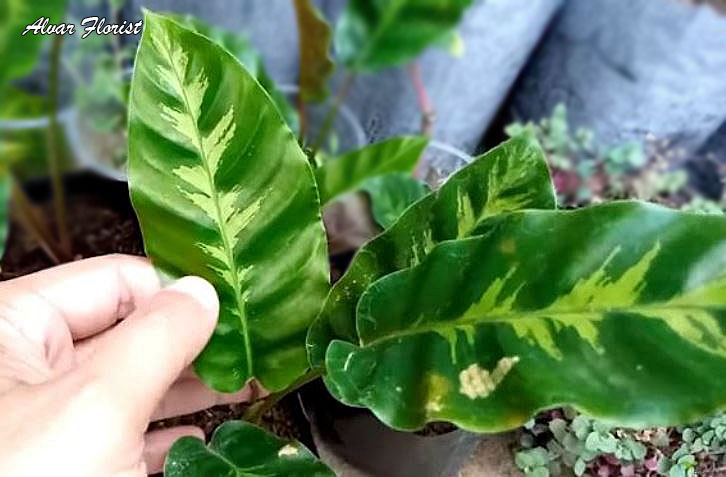 Calathea louisae is originally from Brazil. It has broad, ovate, dark green leaves with an attractive, pale greenish-white feathery marking running along the central veining of every leaf. This plant usually grows about a foot high. It usually grows well as a ground cover in a tropical setting. Calathea louisae is hardy in USDA zones 8 to 11. This is able to be grown in the non-tropical southern United States. However, it will not last long and it is possible to die back during the winter months.