In some religious traditions, some plants are seen as spiritual symbols. These plants have various benefits, such as nutritional properties, medicinal properties, and sometimes act as intermediaries with the spiritual world. One of the plants which has the symbolic spiritual meaning is Lotus Flower. 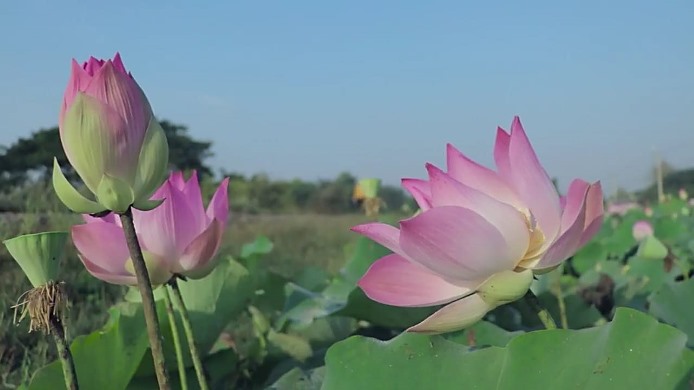 The lotus flower which grows in the deep mud and dirty water, far away from the sun makes it reach the light to become the most beautiful flower ever. As we know, this flower is considered in some different cultures especially in eastern religions. This flower comes in any symbols such as purity, self-regeneration, rebirth and also enlightenment. The lotus’s characteristics are an impeccable analogy for the human condition even as the roots are growing in the dirtiest waters.

Buddist believe that it is so necessary to be reborn thousands of times which is polishing one’s being through a lot of incarnations until one reaches nirvana as the highest state of consciousness that human can access. Moreover, everyone will have the potential to become perfect and enlightened. It’s just a matter of time until each human reached the light.

The lotus flower can be a flower in which Buddha is sometimes depicted sitting on a lotus lower. Just like the lotus flowers which start growing in the muddy and dirty water but it can manage to surpass the water and produce a perfect flower, however, the lotus flower symbolizes the one who overcomes the pain of that prevails in the material world and becomes enlightened.

For Egyptian, the lotus flowers represent the universe. As the Gods, the lotus flower of rebirth was thought to contain magical properties as well. Moreover, the ancient Egyptians believed that lotus has the ability to resurrect the deceased as seen in Book of the Dead transformation spells.

For Hindus, the beautiful and charming lotus flower symbolizes life, fertility and purity, just like Buddhists. As we know that lotus is a flower which has a layer of meaning and narrative in the spiritual context especially in eastern countries.

The lotus stands deep in the mud where it grows. Even though the roots are in the mud, the flowers are above the water, clean and white. The lotus is believed to have emerged from Lord Vishnu’s navel, with Brahma sitting in the center of the flower.

Hindus believe that God’s hands and feet are like lotuses and his eyes are shaped like lotus petals, his gaze and touch are said to be as delicate as lotus buds. Hinduism also teaches that in every person there is a lotus flower spirit

What Makes Lotus Flower So Special? 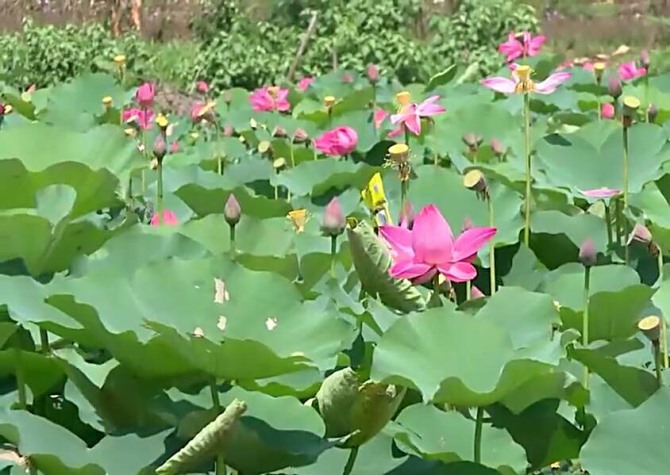 This flower with broad, floating green leaves is often found in ponds, marshes, or lakes. The water that is used as a lotus flower as a place to live is indeed dirty, but it doesn’t affect it to show its uniqueness and beautiful flowers.

This flower is known as a symbol of the beauty of every plant so that philosophers or critical thinkers are often able to find various hidden meanings about plant life that we can learn. You may wonder for the philosophy of the lotus flowers, may not you?

Let’s see some philosophies of lotus flowers which make them so special and distinctive!

The flowers are beautiful, unfortunately the lotus blooms in a very short time. There are those that bloom in the morning and have withered, but some are able to last for days before their petals start to come off one by one. In essence, humans also live in this world in a short time. The more we make the best use of our life time, the faster and shorter our time to live in the world. Only the eternal afterlife.

Just like sunflowers, lotuses provide many benefits to other creatures, for example protecting fish from the hot sun, making the leaves for insects perching and frogs to jump on, and so on. Even though all he could see all day long was a dirty living place. Because of its helping actions, having a beautiful flower and being made a very valuable flower by a group of people is a form of reward for the amazing lotus.

Unlike other plants in general, lotus grows in a different environment such as cloudy water and smells bad. But the lotus tries to cover it with wide leaves and beautiful flowers so that the viewer can focus more on its beauty, not its surroundings.

Likewise with our lives, family environment and surrounding communities that are different and looked down upon by others because it is considered difficult to achieve success is not a barrier to achieving our goals, we can even scent our environment with the success and goodness that we have strived for.

Water and mud are needed by the lotus to survive. Even though the environment could be said to be dirty and smelled bad, it did not prevent him from showing the beauty of the flowers and keeping him clean. This illustrates that true humans still need each other, even if they are not good enough. But, that doesn’t mean you have to follow and imitate the ugliness that the people around you usually do.

Those are some of the philosophical meanings of the lotus that we can contemplate together. Hopefully it can be useful for anyone who reads it.