You may have calla lily flowers in your garden. And then, everytime you see this flower, you may think of giving this flower to someone. But, do you know the meaning behind the Calla Lily flower? Let’s find out the meaning of this beautiful flower here.

Story of Calla Lily Flowers According to Ancient Greeks

The story of how calla lily flowers appear on earth comes from the Ancient Greeks. According to this story, Zeus was not a very nice guy. He was cheating with a mortal earth woman named Alceme. Then she got pregnant and had a son named Hercules. However, he was half-mortal so that he did not have any special powers like a god. 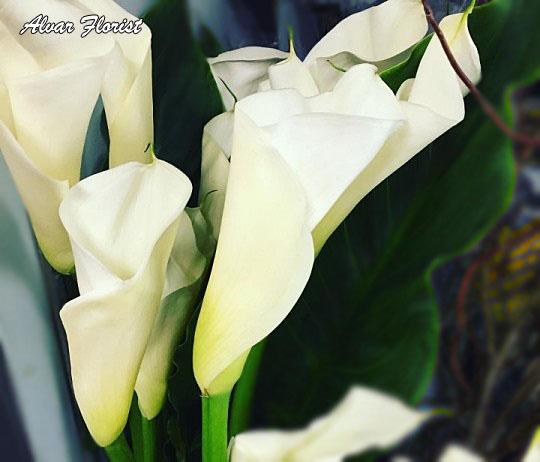 So, to giving him divine super-powers. Zeus drugged his wife, Hera, and deceived her into breastfeeding Hercules. When Hera woke up, Hercules was thrown away by her. Then the most beautiful flowers named calla lilies formed by two drops of her breast milk which fell to earth. The flowers were given a name after the Ancient Greek word for beauty “Kallos”.

The Meaning of Calla Lilies According to Romans Egyptians

This flower was associated with eroticism and sexuality. It was because there was a myth that the goddess of love, Venus, was jealous over the flower. She saw it as a rival and gave it its large pistil at its center.

How about the Egyptians? They also noted the same human resemblance. However, they took a slightly more reserved approach where they linked the flower to fertility and the inception of children.

The Meaning of Calla Lilies According to Victorians

How about Victorians? How did they see this flower? Victorians created a very reserved society. For them, the talk about love, sex, or anything related to it was very taboo. So, calla lily bouquets had a role of secret messenger in Victorian Britain. They included calla lily flowers in their intricately coded floral designs and it was an indication of sexual desire.

The Meaning of Calla Lilies in the Modern Times

Above, you have read the meaning behind calla lily flowers according to Ancient Greek, Romans Egyptians, and Victorians. And, what about today? In the modern era, this flower still has symbols as you are able to read below.

Some Facts About Calla Lilies

According to Truly Experiences, here are some facts about calla lilies.

Calla lilies are from  South Africa and Malawi. However, there is no clear information how they made their way to Europe.

These flowers were catalogued firstly in the 18th century by a Swedish botanist. This botanist mitskanely named the species calla lily. It is because these flowers are not lilies at all. Actually, these flowers are part of the Araceae family together with the caladium and philodendron. After that, there was a German botanist who realized the error and created the genus Zantedeschia. However, it was too late so that until now the name is calla lily.

In the 20th century, these flowers had grown in popularity in the U.S. In American art, these flowers were popular especially through the work of Georgia O’Keeffe. Several popular paintings which portrayed close-up of the flower were painted by her.

As explained earlier, these flowers are toxic so you have to make sure that your children and pets do not eat them. However, the underground step of this flower was used as a medical treatment for dressing wounds in South Africa. Now, these flowers are usually used in bridal bouquets and funeral arrangements.

What if you want to have them? You can buy them on ProFlowers and Get Discount Code 50% Off in 2021

Well, that’s the information about calla lilies meaning according to some sources such as Truly Experiences, Bouqs and ProFlowers.